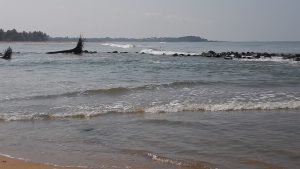 Karutara situated in the south of Colombo in Sri Lanka is famous for its Bodiya Temple. It is also famous for the sand spit formed in the mouth of the Kalu Ganga River. As of 22 February 2019, this sand spit is clearly shown in Google Map. However, in order to secure a drainage function in the flood in 2017, the sand spit on the north side was cut, resulting in collapse of the sand spit. Although it is said that there are similar examples in the past, this time it is considered to be a big social problem because the sand spit of Karutara's symbolic existence has not been […]